While Adipodex isn’t the first product to advertise a one-pill-a-day dosing schedule, these type of fat burners provide a nice contrast to others that require users to take multiple pills several times throughout the day.

Here’s everything you need to know before you buy Adipodex. 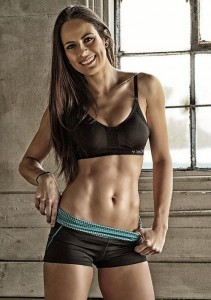 Adipodex is one of the first mainstream supplements to feature 4-amino-2-methylpentane citrate, a replacement for the desiderated DMAA. Since both share a similar basic structure, the benefits are pretty comparable.

So when you see 4-amino-2-methylpentane citrate, sometimes just called amp-citrate, you should expect a boost in mood, energy, metabolism and focus.

In addition to 4-amino-2-methylpentane citrate, one of the main fat-fighting ingredients in Adipodex is yohimbine. As an alpha 2 receptor antagonist, yohimbine boosts metabolism by blocking certain enzymes which degrade neurotransmitters like norepinephrine.

To ostensibly boost focus, Adipodex also features n-acetyl tyrosine. This is an amino acid which is shown to reduce fatigue and improve both memory and mental function.

What’s more, you’re going to find an alkaloid called theobromine in here. It’s a mild aphrodisiac and diuretic, which helps with shedding water so muscles look more toned and defined.

My biggest takeaway from trying Adipodex was 4-amino-2-methylpentane citrate is everything that you could hope for from a DMAA replacement. I had the same overall sense of well-being, mood support, and concentration that I got from taking DMAA.

Something else that really stood out to me was Adipodex’s thermogenic effect. After about half an hour I could feel that my core temperature was a lot warmer. I took Adipodex before my work out first thing in the morning, and was sweating noticeably more.

After a few weeks I did my measurements and had dropped about inch of fat around my midsection. The biggest factor for weight loss is still diet and exercise, but I definitely felt like Adipodex improved my results.

Adipodex is only available on the official Nutrex website right now, however, they are running a promo for buy 2 get 1 free. Each individual bottle is $49.95, so the promo saves you about $17 and brings the price of each bottle to $33.

Expect the individual price of each bottle to drop once Adipodex becomes widely available to retailers.

Despite the proprietary blend, I feel like Adipodex is ultimately a solid fat burner that has a lot of potential to help you see better results from diet and exercise. I was a big fan of DMAA, and I’m glad to see Adipodex included its replacement with the 4-amino-2-methylpentane citrate.

If price is a major concern you’ll probably want to hold off and wait until Adipodex is available through major distribution channels. Otherwise, if you don’t mind buying this in bulk, the buy 2 get 1 free promo from Nutrex brings the