Jim Stoppani has recently announced that Vita JYM will join Pro JYM and Shred JYM as part of his new supplement line. The only information I’ve found so far on Vita JYM is a sneak peek at a few of the ingredients that will be featured.

At least three of the ingredients are going to be 10,000 IU Beta-Carotene, 500 MCG Vitamin B12, and 400 IU Vitamin E. The serving size is reputedly going to be two tablets, with 30 servings per 60 tablet bottle.

What Is Vita JYM?

More information will soon be forthcoming about the additional ingredients featured in Vita JYM. For now, here’s a breakdown of the ingredients we know about: 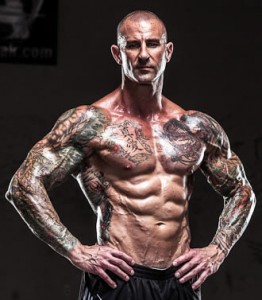 However, you will want to monitor your vitamin A intake from other sources, as vitamin A is fat soluble. This means excess amounts are stored in the body and can become toxic, leading to side effects such as fatigue and stomach discomfort.

Vitamin B12: Vitamin B is water soluble vitamin with a number of overall health benefits including health of nerve cells and red blood cells, both of which are important for exercise performance.
Vitamin B12 also plays an integral role in carbohydrate metabolism, helping you absorb nutrients and transfer them to energy.

When Will Vita JYM Be Released?

We’ll keep this space updated with more information as soon as Vita JYM becomes available, or more ingredient details are released. So be sure to check back here on Suppnation for more updates and info.