With a name like STIMino, you can imagine what kind of supplement this is going to be. Controlled Labs is using STIMino to throw their hat into the already crowded stimulated amino acid supplement category.

Instead of copying the proprietary formula’s found in USPlabs or Optimum Nutrition, however, they’ve smartly put their own spin on the STIMino. 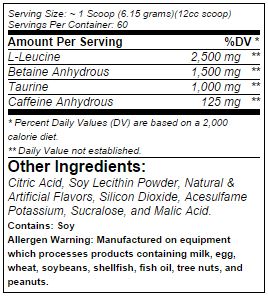 STIMino features a straightforward formula with four ingredients and no proprietary blends. Here’s a quick breakdown of everything you’re going to find in here.

• L-Leucine (2,500 mg): L-lecuine is one of the branch chain amino acids, and plays an important role in stimulating protein synthesis. Leucine activates the mTOR pathway, which triggers muscle growth and recovery.[1]

• Betaine Anhydrous (1,500 mg): Betaine is a compound that’s been getting a lot of attention recently. In one study, 23 subjects supplemented with 2.5 g of betaine a day for six weeks. At the end of the six weeks, subjects had improved body composition, arm size, bench press work capacity, and power.[2]

Personally, I only use stimulated amino acid supplements either first thing in the morning as part of fasted cardio, or in between meals for the extra energy and support to help keep my body anabolic.

Since I already use a pre-workout, I don’t want to take something like STIMino during my workout because it’s going add extra caffeine.

However, if you use a non-stimulant pre-workout, you won’t have any problems adding the caffeine from STIMino on top of it.

I was disappointed to discover that STIMino is only available in fruit punch, and hopefully they have plans to add some additional flavors. While STIMino’s fruit punch is drinkable, it is still a generic fruit punch.

As far as price goes, Controlled Labs has stayed true to form, and made STIMino an affordable product. Each container holds 60 servings and costs about $30, bringing the cost of each serving to about .50. 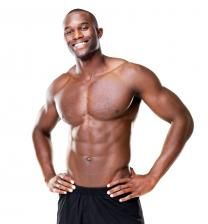 STIMino from Controlled Labs works best if you’re using it as something to drink in between meals or stacked with a non-stimulant pre-workout. It’s affordable, and dosed effectively when taking 2 servings through the day.

The betaine and leucine in here are going to help boost protein synthesis, improve body composition, and enhance overall growth and recovery.