No supplement line is complete without a fat burner. It’s no surprise then that one of the first four supplements launched by the new brand Proccor is their thermogenic Oxidize.

Building a foundation on transparency, Proccor has thankfully revealed specific ingredients and dosages for Oxidize. 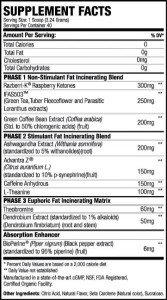 One of the most unique compounds in Oxidize is IFAS503, a patented ingredient consisting of the fatty acid synthase inhibitors green tea, tuber fleeceflower, and parasitic loranthus.

In addition to its fat burning ingredients, Oxidize also features caffeine and theanine. When combined, these ingredients are shown to boost cognitive ability, concentration and focus.

Is Oxidize An Effective Fat Burner? 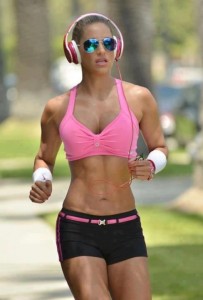 For me, one of the hallmarks of a good fat burner is how well it delivers on thermogenesis. After about 15-20 minutes, I could feel my core temperature increase, and when I took a serving during my workout I was sweating a lot more than usual.

I also like how they dosed the caffeine in here. It’s only 150 mg per serving, and for someone like me who’s sensitive to stimulants, this is enough to give me energy and focus without making me feel jittery or anxious.

Alternatively, you can just take 2 scoops if you want the a stronger amount of caffeine and stimulants.

A 40 serving container of Oxidize costs anywhere between $35.99 to $44.99 at most online retailers. Unfortunately, the only flavor is tangy orange. It does have a nice tart taste though, and mixes well with very little settling.

Oxidize is a well-designed thermogenic that does what it says it’s going to do. Not only is the ingredient label transparent, but it contains effective ingredients that are going to boost metabolism, increase thermogenesis and mobilize fatty acids to be burned as fuel.