The Gift, Mr. Olympia, Number 13, Phil Heath─ no matter which name you prefer to call him by, it’s the same guy. Recently, Phil Heath made the huge announcement that he was parting ways with his sponsor MuscleTech, and starting his own supplement line called Gifted Nutrition.

I’ve had the chance to try out the new pre-workout Accelerate. Here’s everything you need to know. 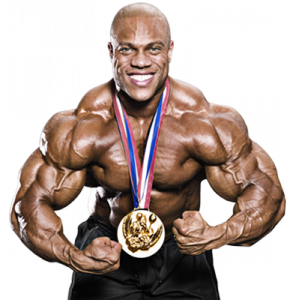 I’m not sure how I feel about Accelerate being labeled as a “pre-workout.” According to the ingredients, it’s basically an amino energy supplement along the lines of Amino Energy from Optimum Nutrition or Amino Lift from USPlabs.

As SportsCenter anchor Stephen A. Smith is frequently attributed with saying, “If it walks like a duck and quacks like a duck, it ain’t a damn mongoose.” While it’s not necessarily disingenuous to label Accelerate as a pre-workout, I’m surprised by the narrow scope of the formula.

Four of the main ingredients you’ll find in Accelerate are beta alanine, BCAA’s, l-glutamine and l-arginine:

• Beta Alanine- Beta alanine delays muscle fatigue by saturating muscles with carnosine. This helps balance the body’s ph levels, allowing you to get more reps before that burning sensation builds up in your muscles.[1]

My Workout With Accelerate

I’m a big fan of Phil Heath, and had really high hopes for Accelerate. Unfortunately, it failed to deliver. Aside from the energy boost I got from the caffeine in here, it didn’t do much for me. As I mentioned above, this essentially a glorified amino acid product.

To be fair, the beta alanine will likely help with reducing muscle fatigue, but since the blend is proprietary, it’s hard to tell how much is in here. Standard dosage recommendations for beta alanine are between 1.5-3 g, and the entire blend is only 3.87 g. 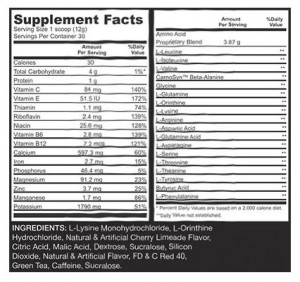 Accelerate is only available through the Gifted Nutrition website. A 30 serving container is $39.99, which breaks down to around $1.30 a serving.

The fruit punch isn’t bad. If you’ve read my other reviews for fruit punch supplements you’ll know I’m not a big fan of fruit punch in general. It does mix well though, and overall the taste isn’t bad.

I can’t in good conscious recommend this as a pre-workout supplement, but if you’re looking for something to help with morning cardio, or an afternoon pick-me-up, you could do worse than Accelerate.