Then and Now: Pumping Iron to Generation Iron 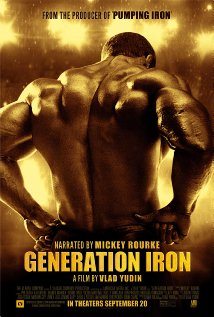 In 1977 a team of documentarians took on the task of covering something that was considered outside the norm. It was controversial at best. One of the main subjects of the film would become one of the greatest bodybuilders in the world, Arnold Schwarzenegger. The idea of becoming the best was captured on video and brought a new dimension to the world of extreme physique.
Now in 2014, a new team has taken upon themselves of recreating the universe of bodybuilding and bringing it to the big and small screen. Generation Iron includes names like Kai Green, Jay Cutler and Phil Heath. This new film takes a look at the journey that many make to the mecca of bodybuilding, the Mr. Olympia. To be the very best of the very best takes more than your average nutrition and gym routine. It takes heart and soul. It takes everything you got and this film does a fantastic job of doing that. It goes behind the scenes and looks into the lives and training of the best in the world.

We pre-ordered this film and since we weren’t in an area where it was shown in theaters, we had to wait for our blu-ray to show up. And finally it came in the mail and the SuppNation team got our collective chicken and rice together for a special screening. This is our Generation Iron review.

Generation Iron: An Inside Look 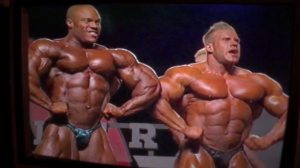 It opens with Phil Heath explaining why he trains so hard and why he choose to do what he does. For someone in the industry, the passion and heart that each person puts into their body is nothing new. And since this a niche film, the subject matter and information is very interesting to us. We love to get that special insider’s view of these giants. From Germany to Vegas, these competitors come from all over the world, each with their own stories and backgrounds. From the mean streets of Kai Green to the legal problems of Victor Martinez, Generation Iron helps you to understand the reality of these athletes.

Despite countless trips to the Arnold Classic and Mr. Olympia and meeting a lot of these men, Generation really brought them out of the stratosphere and down to earth and puts them on a level that is personable and easy for you to understand.

There is a segment in the film that talks a bit about the steroid and supplement game. As the industry moves closer and closer to transparency, the topic of steroids comes up a lot more. The idea of moving onto the next level with the help of performance enhancing drugs is as old as the sport but Generation Iron shows the science and precaution taken by most of these athletes is something that we can respect. 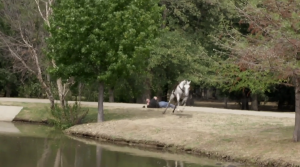 90% of the film is interviews with the competitors. Seeing what they have to say about training, about nutrition, about posing, about the bodybuilding life. Generation Iron is terrifically directed and edited. The cinematography keeps the story moving and the editing keeps you involved in the story and the lives of those being filmed. We especially love the “Grandma” trainer that is featured in the film. She is something unexpected and brings another persona to the film. It shows how much is on the line and how easily it can slip through your fingers. Branch Warren falls from his horse at one point in the film and you truly realize that there is a life and circumstance off stage that can affect your entire career. Overall, we absolutely love this film. We were big fans of Pumping Iron and Generation Iron really steps up to its level. We give it 4.5 out of 5 stars and really recommend it to those in and outside the industry. It’s something different and we believe we walked away with some new points of view and new information that is valuable to anyone with a dream.

You can order the DVD or Blu-Ray on the Generation Iron Website.